Final Fantasy X HD was recently launched on the PS4. It’s available in both physical and digital copies and now we can give you an exact idea on how those Final Fantasy X HD PS4 graphics match up against PS3 and also the PS2 original.

It’s crazy to think that it was back in 2001 that the original was released. Fourteen years later we now have a PS4 version of the game and naturally many of you who haven’t bought the game yet will be wondering how big the difference is in terms of visuals.

Thankfully, the guys over at Digital Foundry have helped to answer this question for us. They have compiled another of their fantastic analysis videos, giving you a side-by-side look at the three versions running in real-time. 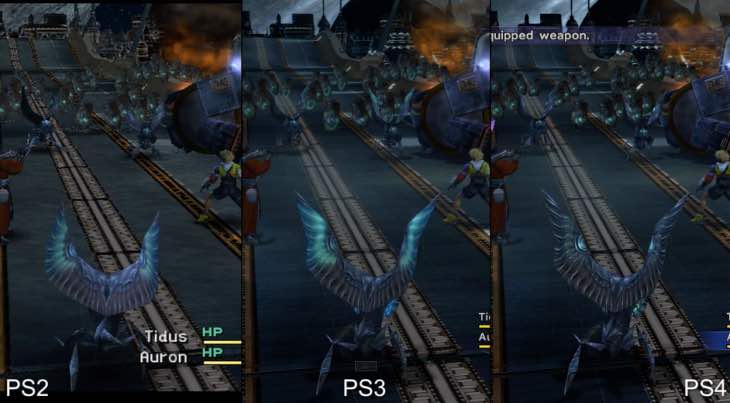 On first impressions, you may not notice significant changes between PS3 and PS4 versions of the FFX HD Remaster. However, Square-Enix has opted for aliasing-free 1080p and the PS4 version definitely stands out as the most vibrant of the three.

Watch the video closely below to see the differences for yourself – remember to select HD and go full-screen to see the detail. You can read the full analysis over at Eurogamer for more technical insight.

Final Fantasy X is a classic in the gaming archives, so are you happy with the job that Square-Enix has done in bringing it to PS4?