If you grew up playing Final Fantasy games from Squaresoft, like Final Fantasy VII-X for example, would you go with the assessment in saying that the franchise is now a ‘damaged brand’? It may seem pretty harsh to some, but not Square-Enix themselves apparently.

Square Enix CEO Yoichi Wada has revealed in a recent conference in Japan that the release of Final Fantasy XIV specifically was to blame for damaging the company’s reputation, although some of you may feel that Final Fantasy XIII is more to blame then any other FF title.

Here is a quote from him when asked about Final Fantasy IV, courtesy of AndriaSang: “The Final Fantasy brand has been greatly damaged.” The CEO then said that the company will now “continue with our reform work” and that they ”hope to revive the FFXIV that should have been released.”

Interesting words for sure there, do you agree with his assessment? From a personal point of view, it is a real shame what has happened to the state of Final Fantasy games in recent years. My first experience of Final Fantasy I’m pleased to say was Final Fantasy VII, and obviously that game is a stark contrast to what gamers had to endure in Final Fantasy XIII. Square-Enix may pick out Final Fantasy XIV as one of their weak points, but the main problem that the company need to address is the fact that they havent really listened to their loyal fanbase since Final Fantasy X, and that’s when it all seemed to go downhill.

Combine that with the fact that the one saving grace in Final Fantasy Versus XIII continues to dwell in exile gives you an exact idea of where Square-Enix are at right now. However, we’re pleased to see that Square-Enix are trying to get back on track with a remake of the excellent Final Fantasy X game, and who knows, maybe a Final Fantasy VII remake will prove as the last step in a complete u-turn for the company.

As a fan, what state do you think the franchise is in at the moment? We’ve heard some whispers that the Final Fantasy franchise should be killed off, but it’s far too early to be thinking about that we feel. Would a Final Fantasy VII remake prove to be the only solution to fix Square-Enix’ ‘damaged brand’ or do you think the problems delve deeper? 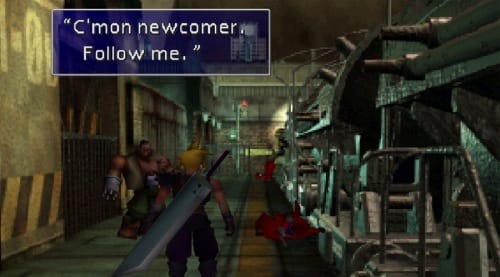