The last word we had regarding the highly anticipated release date for Final Fantasy Versus XIII was that Square-Enix couldn’t commit to a release in 2011 – that was back in August of 2010. Worryingly, we now have fresh doubts for you to bear in mind, as a release in 2012 now looks more likely to happen.

As reported from VG247, Tetsuya Nomura is the producer for FFVXIII and he apparently has made a joke in Japanese magazine Dengeki that we should ‘forget’ about seeing Versus XIII release in 2011.

While he may see the funny side of it, patient PS3 owners will not, although they may take positives in the fact that the surprise title, Final Fantasy XIII-2 will release sometime this year on the console. Then you also have Final Fantasy Project 0 and Dissidia 012: Final Fantasy on the way as well – quite a hectic schedule for Square Enix on hindsight.

The good news, is that the next major reveal on the game will be this Summer at E3 2011, when hopefully Square Enix will finally put a solid release date on the game, and confirm whether it will remain a PS3 exclusive, or venture over to the Xbox 360 like Final Fantasy XIII. 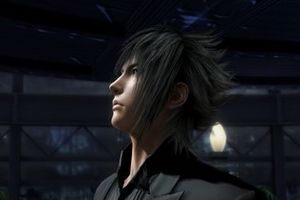 It’s probably not a bad thing if the game does release in 2012 anyway, since we’d hate for Square Enix to rush the game just to suit consumer demand. The big highlight now looks to be FFXIII-2, are you looking forward to it? We had a lot of divided opinion on an article which suggested that Final Fantasy XIII-2 would be a bad idea – check that out again here.