We have some pretty exciting news for all you Final Fantasy fans out there right now, as it’s just been announced that Final Fantasy IV: The Complete Collection — which will be released as a Sony PSP exclusive — has now been given a confirmed US release date.

According to Matthew Reynolds over at digitalspy.co.uk, the new PlayStation Portable title will feature the Final Fantasy IV game, which was originally released on the Super Nintendo Entertainment System (SNES), as well as the bonus chapter known as The After Years.

The collection will also feature a brand new scenario that is said to link the two titles together. Although we know that the title will be available from April 19th in North America, there still doesn’t appear to be a specific launch date for European gamers. 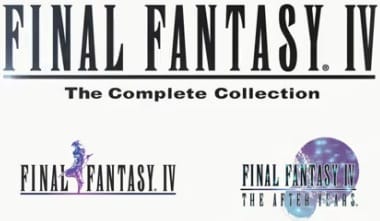 As Matt Furtado over on the examiner.com website recently reported, Amazon has now posted the box art and a few screens for the upcoming collection, which they have priced up at $29.99. You can view the announcement trailer below this post.