We are all waiting for some official Final Fantasy 7 Remake news from Square-Enix. Until that happens though, we wanted to point you in the direction of something interesting we have spotted called Final Fantasy 7 Re-imagined.

This is a new non-profit fan-project which has transformed Final Fantasy 7 into a 2D side-scrolling beat em up inspired by the likes of Streets of Rage 2.

It actually looks pretty good considering it is a big difference to what we would usually associate Final Fantasy 7 with. 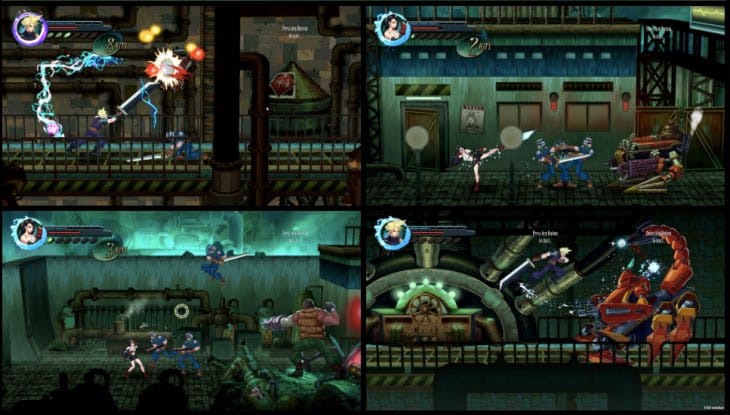 We doubt Square-Enix will play nice though, especially since this game features a lot of IP from the game including the original music.

Imagine if Square-Enix were ever to commission something like this officially though, is it a game in which you would be willing to support?

Take a look at the demo gameplay below and let us know what you think of it. One thing we would say though, the constant victory music does get rather annoying after a few plays.