Those of you who are looking forward to Final Fantasy 7 Remake are in for a treat, as developers Square-Enix are finally ready to give fans a new preview of what to expect from the redesigned battle mode.

We already know that the game will be split up into different episodes and that it won’t be a direct like-for-like remake. Instead, Square-Enix has decided to change certain elements in order to stand up against the modern era and the infamous ATB battle mode is one area that is going to be revamped.

Now, we can give you a glimpse of the iconic first boss battle in the game which if you remember pitted Cloud and Barret against the Guard Scorpion. 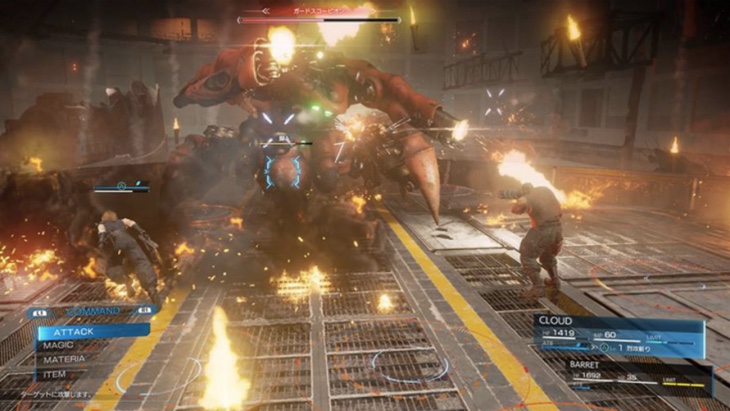 You’ll see that visuals are somewhat different compared to the original version and it looks amazing most of you will agree.

It’s interesting to note though that while we ssee a completely different format, there is still a mini ATB bar underneath Cloud’s name suggesting that Square-Enix are still going to incorporate elements of the old system into FF7 Remake.

In other news, Square-Enix has said that they are almost finished with the voice-acting for the game so it is really full steam ahead now and hopefully there will be more gameplay on the way in the coming weeks.

Is this your most anticipated game of 2017 without a doubt? Let us know what you think of the battle system changing from the original.