For those that are planning to buy Final Fantasy 7 iOS on iPhone or iPad this week, we have some great preview gameplay for you to check out first, allowing you to see how the controls have been ported over to suit touchscreen input.

In case you are not aware, the mobile version of Final Fantasy VII is a port of the PC version. That means it will feature iCloud save functionality and also a few extra features too such as being able to turn off random encounters and to level up quicker if desired.

If you are interested in buying it, it should be available for around $13-15 USD. Right now it is only available on the New Zealand App Store, but should be launching on other stores imminently. 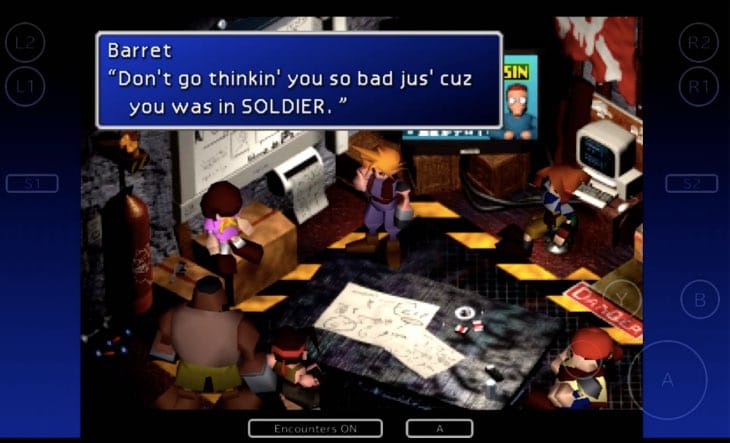 Before that though, check out some non-stop Final Fantasy 7 iOS gameplay below courtesy of TouchArcade who have offered up a stream.

The controls have been translated well and you can see that Square-Enix has done a good job fitting in the control layout to suit touchscreen so there shouldn’t be any navigation issues when playing.

We are all waiting for the Final Fantasy 7 remake to drop of course, but are you tempted to try this on iPhone to revisit the adventure in its original form?