By now, most of you would have heard the news about the fact that Final Fantasy 7 is coming to the PS4, as a port of the PC version, rather than the Final Fantasy 7 PS4 HD remake that everyone wanted.

We spoke about this earlier this week as most gamers felt like they had been ‘trolled’ by Square-Enix. Now though, it looks like something else has turned up in the form of a leaked Final Fantasy X HD remaster game for PS4 that hasn’t been announced by Square-Enix yet.

The listing for this game, as well as the official PS4 box art were actually leaked by Square-Enix themselves over on their French website. This evidence has since been removed by the company but unsurprisingly the juicy details have already been uncovered. 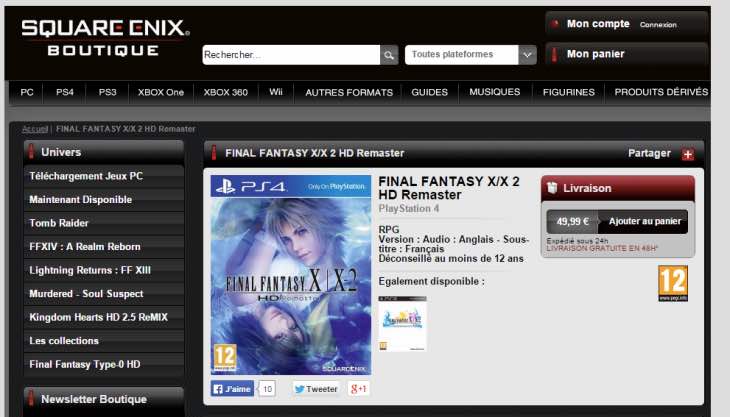 Head to Neogaf here and you’ll be able to see what the original website listed, showing the Final Fantasy X HD remaster, as well as FFX-2 HD remaster for PS4 – with a Spring 2015 release date.

Although we loved Final Fantasy X and consider it one of the best games in the series, we still can’t get over the fact that we’re getting a port of Final Fantasy 7 on PS4 rather than a proper remake.

Given that this information is now public, we expect an official confirmation at any moment. Let us know your thoughts on this.

Would you be willing to buy the HD remaster of FFX on PS4, or are you still frustrated over what happened with Final Fantasy VII?