We have a treat for those who are looking forward to playing Final Fantasy XV when it is released as a demo with the Day One edition of Final Fantasy Type 0 HD.

The PSP remake on PS4 and Xbox One is due out next month and now Square-Enix has given fans a fantastic preview of the demo content with a developer walkthrough.

There’s around 40 minutes of brand new footage to see, giving you an exact idea of the sort of content the demo will contain and whether it really is worth paying $60 for.

More importantly, we get the first glimpse of the Final Fantasy 15 world map or at least a segment of it – and we think you’ll be pleased. Obviously, the demo won’t give away too much about the game in terms of scale but Episode Duscae alone looks particularly sizeable. 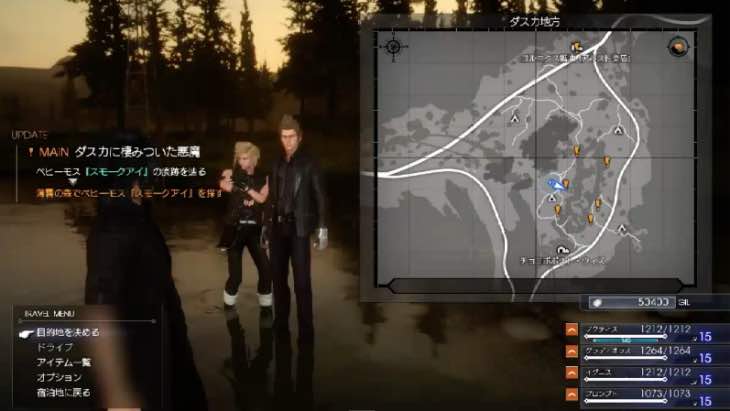 We heard that the Final Fantasy 15 demo length is around four hours, but judging by the scale of the demo surroundings, players should be kept busy for weeks exploring every nook and cranny – especially if Square-Enix is throwing in some loot caves as a taster of what is to come.

Also take note of the last scene of the game, showing an entirely different approach to taking on a behemoth – one of the infamous beasts well known to fans of the series.

There’s a few instances where the developers pause the game to take a look at the menu and we have to say the layout is a little Dragon Age Inquisition-esque, would you agree?

Enjoy the footage below and let us know if you are already excited about playing the demo. We think it looks fantastic so far.