We recently gave you an update from Square-Enix on the status of the highly anticipated Final Fantasy 15 release date. Back then we told you that the release date would be sometime in 2016 but now thanks to another update from the director Hajime Tabata we can pinpoint the announcement even more.

We knew that some fresh news would be coming towards the end of August and now Square-Enix has not disappointed. Tabata has now gone public with the news that the Final Fantasy XV release date will be announced in March 2016 – confirmed.

With the game definitely coming out in 2016, it means that an end 2016 launch looks very likely at this point – with the announcement coming in March, Summer seems too quick although obviously we hope that we are wrong. 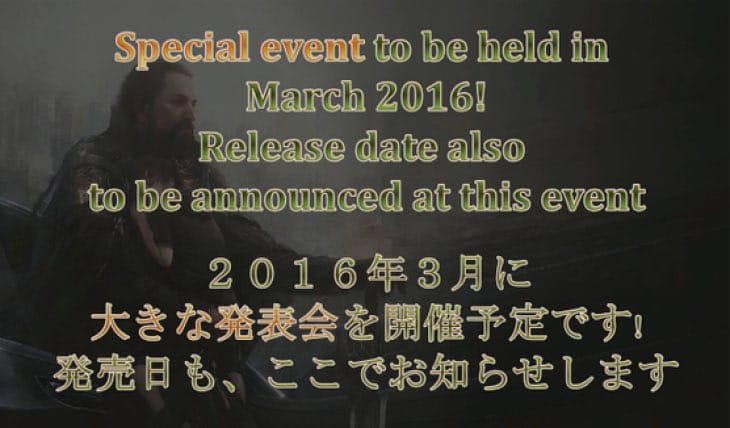 We would be very happy to see the game as a perfect Christmas present though, with everyone being able to enjoy it together over the holidays.

With FFXV on the way and also the coveted Final Fantasy 7 Remake, it looks like Square-Enix has their mojo back and it’s great to see.

How excited are you about Final Fantasy 15, given that the Remake of 7 is on the way? Let us know your expectations of both games below.