The long awaited Final Fantasy 15 PC release date is finally just around the corner and to celebrate, Square-Enix are releasing a FFXV demo which is available to download today.

Those who can’t wait until March 6 to play the game have the opprtountiy to download the Final Fantasy 15: Windows Edition from Steam, Origin and the Windows 10 store.

It will feature the complete first chapter of the game, along with extra quests to get stuck into which should keep fans busy until the full game is out in March. 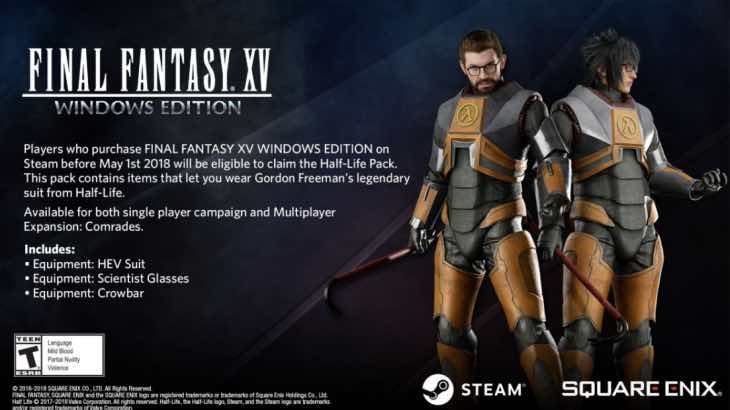 As a further treat, those who pre-order the game from Steam will get their hands on an exclusive Half Life DLC pack. This will allow you to play as Noctis in a crazy Gordon Freeman mashup and take out monsters with Gordon’s signature crowbar.

Square-Enix has released a teaser trailer showing the Half Life pack in action, which you can check out below. One particularly great thing about it is that it can be playable in both single player and the multiplayer Comrades expansion as well.

Are you going to be playing the demo today and have the hardware to run the game on ultra settings?