We have seen a lot of open world exploration from Final Fantasy 15 preview gameplay over the last few weeks, but what we haven’t seen a lot of is actual dungeon play.

Now, we can show you as Square-Enix recently teased one of the dungeons that you’ll get to explore on the upcoming Episode Duscae demo which launches on March 17 alongside Final Fantasy Type 0 HD.

Just like previous footage that we’ve seen, dungeons in Final Fantasy XV look amazing as well and the graphics are mind-blowing we have to say. 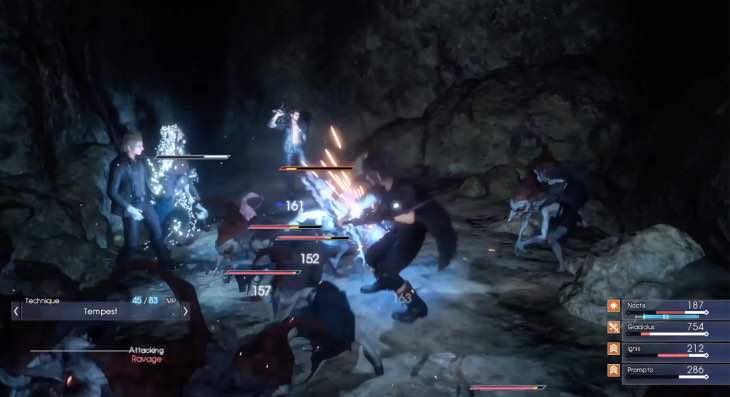 It’s a shame that we don’t get to see a big boss fight at the end, but Square-Enix are obviously saving this for a later date – there’s some goblin action though to see, which may even be randomly generated each time you step in.

What we love about the battle scene is the madness of it – i.e, goblins are flying in all over the place and we must have counted around 10 goblins doing battle with players at once.

It looks fantastic and it’s a great tease towards the upcoming demo. Courtesy of AllGamesBeta, you can now download this dungeon gameplay in HD here by following the link.

Check it out and let us know your expectations of how dungeons should be in Final Fantasy XV.