The current version of FileHippo App Manager is 1.47, and although we know 2.0 Beta 4 is already available for download, there are some issues because this is merely a version for testing purposes of the update checker.

It’s clear that a new update is needed, and we do hope to see FileHippo App Manager 2.0 released to the public very soon in order to finally fix some of those ongoing issues.

One word of advice, if you are currently running 1.47, then do not try to update this, as you will then run into issues, one of which is the software tool being unable to search for updates – which is what this tool is all about and so defeats the purpose. 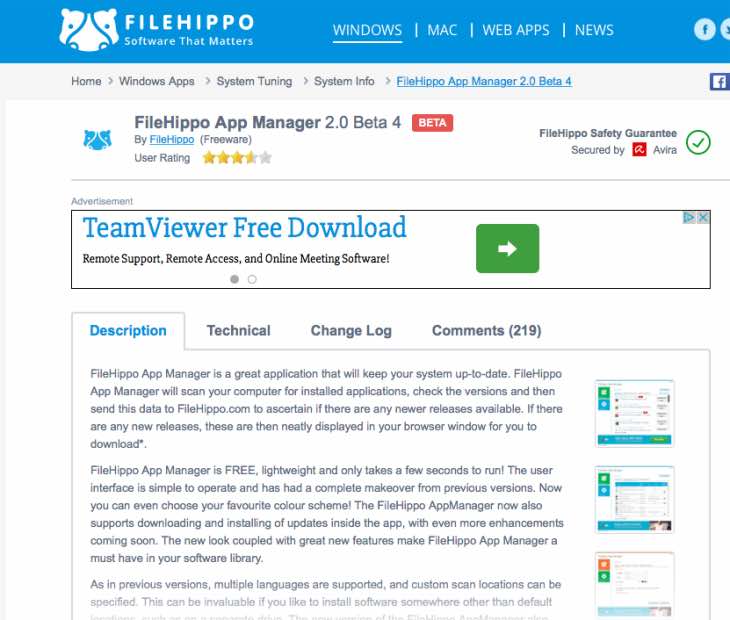 We know that FileHippo engineers want version 2.0 to fix the issues that users currently experience with 1.47, but telling them that beta 4 is the latest version really does confuse people because it makes it sound as though this is the latest stable version, when clearly it is not.

To give you an example of just how bad it is, one user running FileHippo App Manager 2.0 Beta 4 ran an update checker and the tool only managed to detect 10 programs of the 48 installed, which pretty much defeats the object. It’s for this very reason that some people are turing to the alternative, SUMo, although you will need to pay for this.

However, the simple thing would be to just keep reporting the issues to the FileHippo support team and they should make certain that changes are made so that this issue does not repeat itself with the next update, which we hope will be the full version of 2.0 rather than Beta 5.