If you’re an Xbox 360 or PlayStation 3 owner who has been looking forward to downloading the upcoming Fight Night Champion demo, we may have some exciting news. It appears that a few details have now surfaced online, giving you an idea of what to expect when it arrives.

According to Robert MacNeroy over on thegameheadz.com website, the demo will include just four of the 54 licensed boxers that will be featured in the Fight Night Champion game, including Mike Tyson, Muhammad Ali, Miguel Cotto and of course, Manny “Pacman” Pacquiao.

The upcoming demo also features a total of six controller configurations, as well as a 2 week preview of the online mode — which will allow gamers to play with friends online for 2 weeks after the demo’s release – and an introduction to the brand new Full Spectrum Punch Control System. 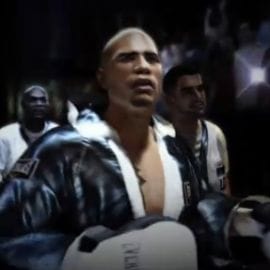 As Jason Weissman over at gamerant.com reports, the demo is due to hit the PlayStation Network and Xbox Live Arcade at some point today (February 1st). The one thing about the demo that may disappoint according to Jason is the fact that the new “Champion Mode” will not be a playable feature.

You can view a trailer for the demo below this post. Will you be downloading the Fight Night Champion demo today?