Retailers quite often offer special bonuses to customers who pre-order certain video games from them, and the upcoming boxing title Fight Night Champion is a fine example. Both GameStop and Amazon have now announced their pre-order bonuses, so I thought I would bring you the details.

If you pre-order the Fight Night Champion game — available for the PS3 and Xbox 360 — from Amazon for example, you will receive a young George Foreman as an exclusive boxer. According to Shui Ta at examiner.com, the bonus content access code will be emailed to customers on the day their game ships. 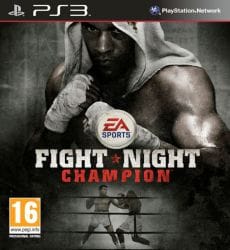 If you are looking forward to the release of this game, you might like to read our previous articles on the game’s official cover and the first trailer/screenshots. Will you be pre-ordering Fight Night Champion from Amazon or GameStop?