Ok guys, previously we have brought you the news of Pre-Order Bonuses for Fight Night Champions, we also told you about the first screenshots and the trailer. Now things have developed, now we bring you the official roster.

There 54 names in total so we will bring you the ones that stand out, Muhammad Ali, Manny Pacquiao, Sugar Ray Robinson, Sonny Liston, Lennox Lewis, Ricky Hatton, Joe Calzaghe, Oscar De La Hoya, Evander Holyfield, both Klitschko brothers, Butterbean and my personal favorite Iron Mike Tyson. You can see the full roster over at thesixthaxis.com where Dan Lee has included them. 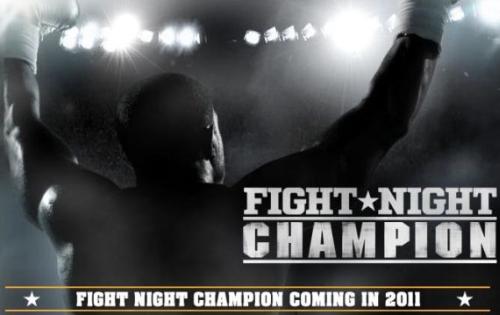 I can see my first match being Ali vs. Tyson but I am also surprised that they have not yet included Rocky Marciano who had a professional career of 49 wins, 42 knockouts and 0 losses. Now there’s a champion. Also I haven’t seen Floyd Mayweather.

Is there anyone else that you feel should be included? Let us know in the comments below.