Those of you waiting on the arrival of the upcoming Fight Night Champion game were given some great news last week, when EA Sports released a trailer that revealed a release date of March 1st, 2011. Now we have more news for you, regarding new screenshots and a gameplay trailer.

According to Shui Ta over at examiner.com, Electronic Arts has just released ten brand new screenshots for the Fight Night Champion game, which just happens to be the first-ever mature-rated title from EA Sports. The screenshots show off a variety of venues, modes and boxers from the game. 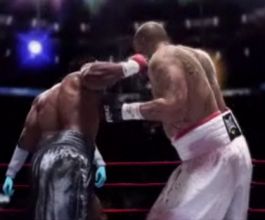 If you are wondering just how messed up the boxers actually get in the Fight Night Champion game, then the recently-released damage trailer is sure to give you an idea. As William Usher over at cinemablend.com reports, the trailer shows off body, facial and impact damage — in slow motion!!

You can view the screenshots via the link here and the trailer through the link here. If you want to learn a bit more about the game, then try visiting the official ea.com website. Fight Night Champion will be available for both the Xbox 360 and PlayStation 3.