Today is a pretty big day for Xbox 360 owners, earlier we revealed that new DLC was available for Black Ops on Xbox Live, now we can confirm that the demo for EA Sports Fight Night Champion is available for download.

You can find out full details regarding the new demo here, it is free for Gold Xbox Live members, you can add it to your 360’s download queue here, it is 1.05GB in size.

In the demo you can box as legends such as Muhammad Ali and Mike Tyson, alternatively you can fight as modern day starts Manny Pacquiao and Miguel Cotto, in the demo you also get to see a glimpse of the game’s highly anticipated Champion Mode. 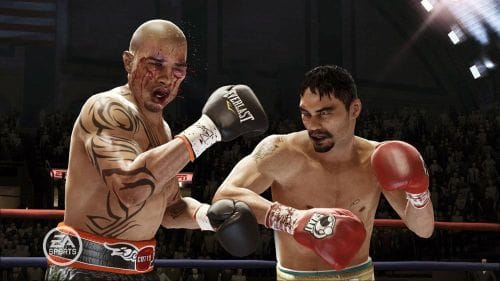 The last Fight Night game was Round 4 which was released back in June, 2009, this game received a pretty good reception, however has grown a bit stale given the fact it is 18 months old, this time round the game will a new “Full Spectrum Punch Control” scheme and an emotionally absorbing storyline, however it will still feature the solid boxing backbone which previous Fight Night games featured.