The list of banned items from World Cup stadiums includes Vuvuzelas, hooters, air horns, food, and fireworks. This list initially didn’t include the Caxirola, another noise maker that was seen as a replacement for the Vuvuzela horn. You can see the Caxirola product in an image below. 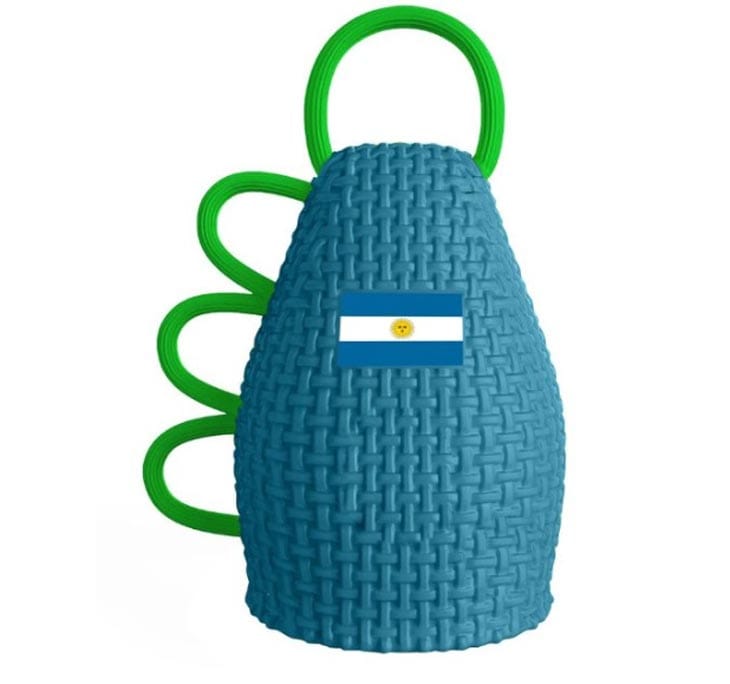 You can find the Caxirola on Amazon for as little as $8, and they even come in different colors with editions for each country like America, Spain, Germany, Argentina, and Brazil.

We’ve included a Youtube video below titled, “Caxirola – FIFA 2014 World Cup Musical Instrument”, which showcases the Caxirola and how it is used.

Caxirola vs. Vuvuzela and 2014 World Cup ban – there seems to be a little confusion over what’s banned in Brazil for the 2014 FIFA World Cup, and while the Vuvuzela horn is officially on the list of banned items, we’re hearing the Caxirola has been banned from stadiums as well.

This news came over a year ago thanks to a number of Caxirola’s being thrown onto football pitches, and as such might cause a safety problem. The Caxirola was Brazil’s replacement for the South African Vuvuzela horn, although we’re not sure if these can now be taken to stadiums during the 2014 FIFA World Cup. Feel free to share a comment if you know whether the Caxirola can be used as a Vuvuzela horn substitute during the tournament.