We know many of you are patiently waiting to find out any information on when FIFA Mobile 17 is out for the UK and US. As most of you know, EA has only released FIFA Mobile in certain countries such as Canada but we can give you a heads-up on the FIFA Mobile release date for other countries.

This means that there will be a lot of angry iOS users out there who have to wait longer for EA to start the global rollout. It also means that FIFA Mobile is more accessible on Android for those who are installing it via alternative methods by those who don’t want to wait. 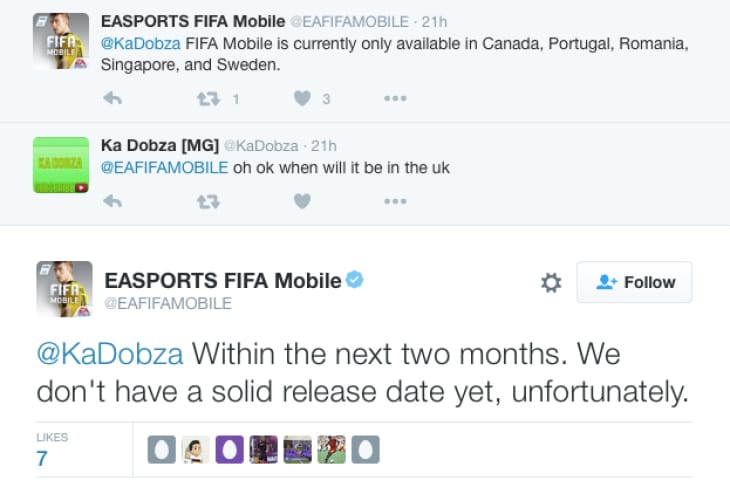 As you can see from the Tweet from EA that we picked out hours ago, FIFA Mobile soccer is only out in Canada, Portugal, Sweden, Singapore and Romania. EA usually picks a group of countries for the FIFA Mobile soft launch and that is the list so far.

With that in mind, we know that the FIFA Mobile release date for UK and USA will be within the next two months according to EA. Let’s hope they don’t make users wait until the full two months and this is just to give them enough time to iron out bugs from the soft launch.

Are you sad that the wait is up to two months to play FIFA Mobile officially on iOS? Let us know which country you are in below and we will update you when we know EA is releasing in your country.