We have a quick heads-up for FIFA fans out there, who may be wondering why the FIFA FUT 15 Store won’t open today. EA has announced some surprise FUT maintenance for July 13 which is specifically affecting the FUT Store being down.

For those asking what time will the FIFA 15 FUT Store be back up – EA states two hours, so at the time of writing you are looking at the Store returning at around 6-7pm UK time in the evening.

You can see the Tweet below from EA’s team via the official EASportsFIFA Twitter account confirming the maintenance – along with an apology for the inconvenience to players. 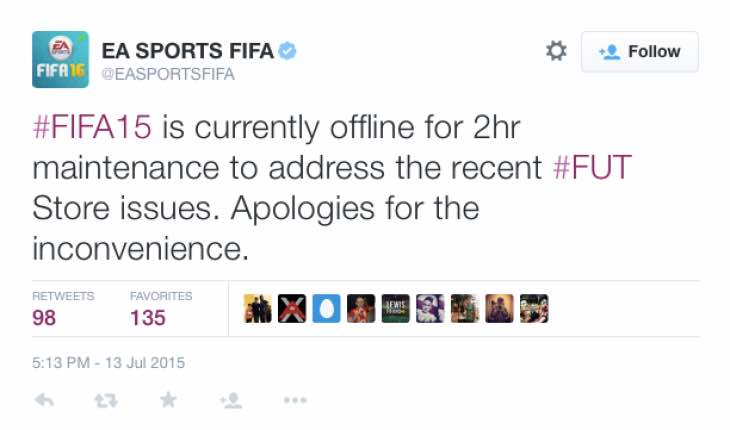 We can see that some hopeful users are wanting some compensation for the 2 hour downtime with some 100k packs, but somehow we doubt that will be happening.

If you are playing the game right now, let us know if the FUT 15 Store is down right now and how long you have been unable to access it.

Hopefully 2 hours will be the maximum and there won’t be further delays – we’ll keep you updated.