With the FIFA 2014 World Cup start time set for Thursday afternoon/evening, it seems like the whole world is braced for what could be one of the most exciting tournaments seen in recent years.

With most of you now having access to a World Cup schedule for US and US, we now switch our attention to FIFA 2014 World Cup Group Standings with a series of apps that are perfect for viewing dedicated iPad content.

The following apps that we have for you will give you full World Cup Group Standings on iPad, but have been designed specifically for viewing on Apple’s larger tablet.

For an example, you may want to download the World Cup BBC app for iPad as a starting point. Aside from providing instant access to World Cup group tables, the BBC iPad app has just been updated to version 1.5.1 – promising live match alerts which will give you starting lineups, half time and full time scores and much more. 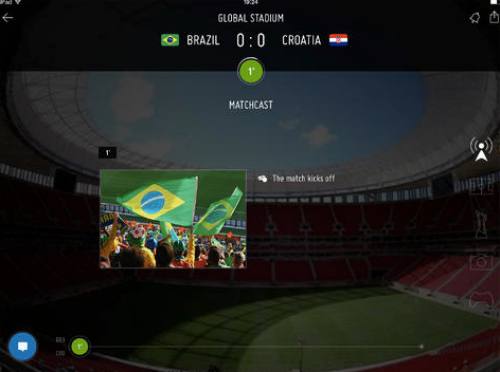 Alternatively, you can try the official FIFA app for iPad, which will do the same job but giving you the assurance that the information is live and official direct from Brazil. The FIFA app also has the bonus of allowing users to actually vote for Man of the Match direct from the app.

Those in the US who are already comfortable sticking to ESPN should be aware that the WatchESPN app for iPad will also offer World Cup 2014 group standings on demand.

Either way, these three apps should give you all the information you need to stay connected to the action in Brazil at all times. Let us know which app you intend to use to check live World Cup group standings throughout the tournament.