We have a quick heads-up for you now, for those wondering why there has been a new FIFA 18 update on Xbox One as of November 7, 2017 but nothing for PS4 and PC.

It is unusual for EA to issue a surprise patch on one platform as they usually release updates on all platforms together – PC first, followed by consoles, but this is what has happened in this instance. 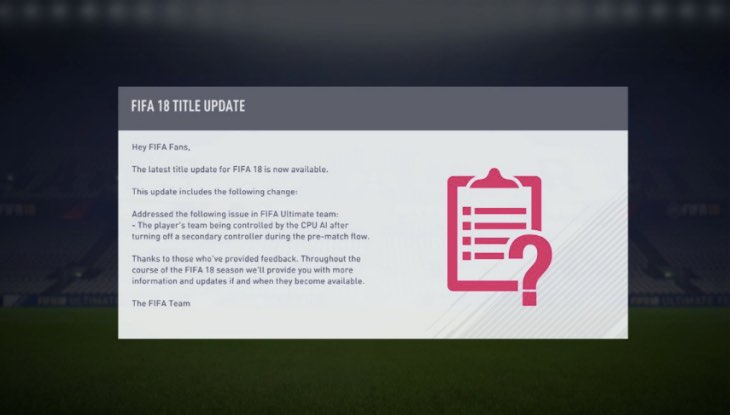 Above is the latest patch notes which as far as we’re aware are only affecting Xbox One players of FIFA 18 and nobody else.

The patch fixes up a controller bug relating to the CPU AI so if you have suffered from your game crashing mid-week through a match due to this hopefully the patch will sort you out.

We know that many PS4 players have been asking when the next FIFA 18 update is out for them, but it looks like you’ll be waiting a little longer as this one is for Xbox players only.

Did you get this update prompt? Let us know.