We now have our first glimpse at the upcoming FIFA 18 TOTY team, after FIFA revealed the FifPro World XI recently with one very surprising addition in their lineup.

Most of the players selected for the best team are justified, but there seems to be widespread outrage on social media that Iniesta has been selected ahead of Kante who many feel should have been chosen instead.

Below is the full team from FIFA, which EA will most certainly base their TOTY team on when the event is lined up for January. 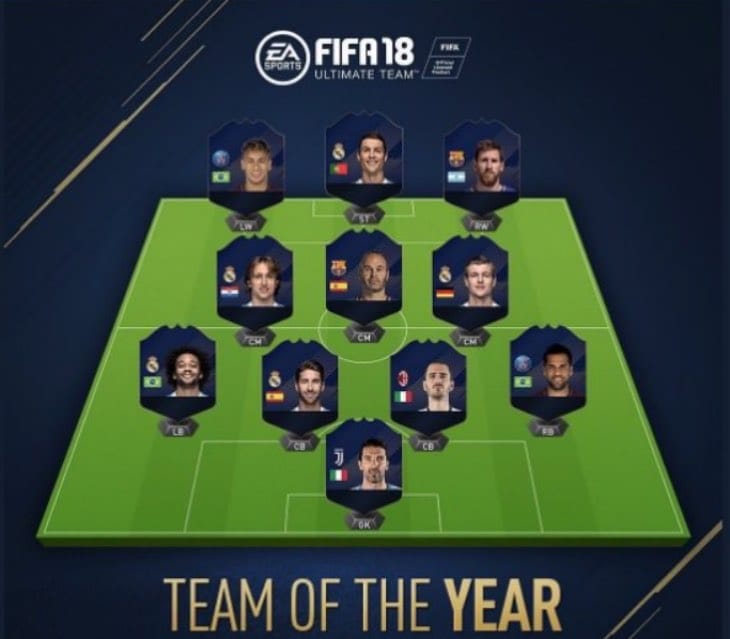 Do you agree that it is a shocking decision that Kante hasn’t been selected by FIFA? Will EA make the bold decision to actually overturn the decision and pick Kante instead in the FUT 18 TOTY?

It will be interesting if it happens, but for those that need the final confirmation that the event will be in January and not this week, here’s EA’s Tweet below.

FUT 18 Team of the Year won't be in October, more news to come later.

Many FIFA 18 players are wondering if TOTY will be this week based on FIFA’s event, but it will always be in January so you have a while to wait.

Give us your reaction to the team and if you agree with it.