If you have World Cup fever but haven’t played FIFA 18 yet, we’re here to give you a quick heads-up that there has been a widespread price drop of the game, just before the tournament kicks off in Russia this month.

It means that you can now pick up FIFA 18 for just £20 which is a rather good price in our opinion. EA has been advertising new copies of FIFA 18 selling this month, with a new sticker featured on the box which gives all buyers a free update for the 2018 FIFA World Cup Russia content.

This update adds the 32 teams that have qualified for the 2018 World Cup, along with an exciting World Cup Ultimate Team mode that will give players free packs with top players inside just by taking part in the tournament and completing matches. 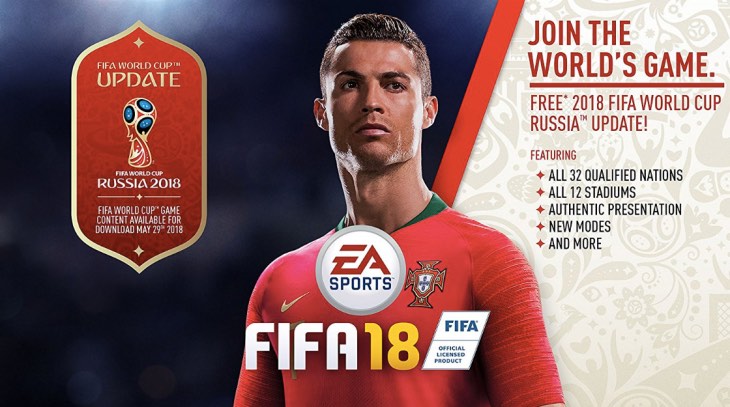 Both Amazon and Tesco are offering the game for £20 at the moment, but Amazon seems the place to buy right now as Tesco are only offering the Xbox One version, while Amazon still has PS4 copies for £20.

This looks like an enforced push by EA to shift more copies of FIFA 18 just before the World Cup starts on June 14, so take advantage of this while you can.