We continue our FIFA 17 coverage now, with many of you appearing to want to know the answer to one big question: Are Legends going to be on FIFA 17 for PS4?

Unfortunately, the answer to this is still no. As far as we’re aware, Microsoft still has the exclusive access to the game, which is why you all saw the Xbox version of FIFA 17 paraded all over E3 2016 and not the PS4 version.

That means the excitement regarding the upcoming FIFA 17 Legends list is sadly going to be shared with jealousy from those on PS4 and PS3 who will once again have to wait for the deal to expire. 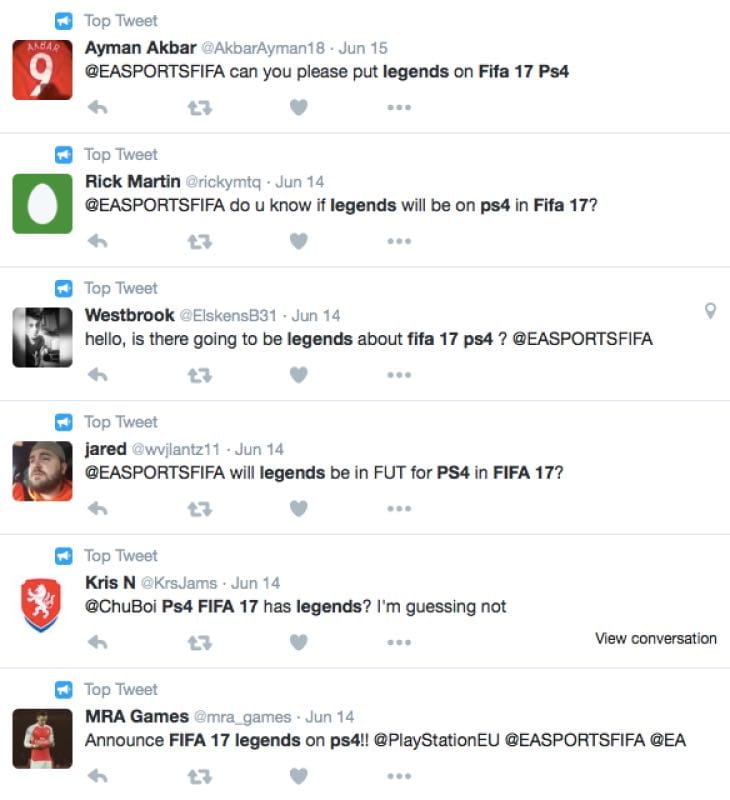 Above gives you an idea of just how many fans want to see Legends on PS4 – this was the feedback just hours ago on Twitter with everyone still asking the same question. 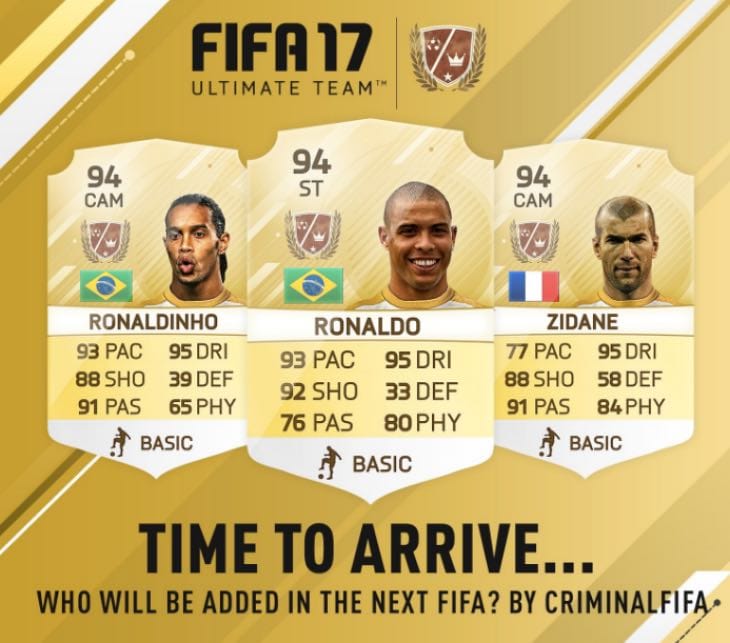 Elsewhere, Xbox owners have this excitement to come. Just take a look at this fantastic mouthwatering image of FIFA 17 Legends Zidane, Ronaldinho and Ronaldo as just three big names that could be announced by EA in the coming weeks – thanks to Twitter user CriminalFIFA.

What are your thoughts on Legends for FIFA 17? PS4 owners, are you annoyed that it is still exclusive to Xbox?

For those waiting for the list on Xbox, give us the names of players you want to see!