The worse case scenario for FIFA players when waiting weeks for the FIFA 17 Web App to come out, is the Web App releasing stealthily by invite only and finding out that you are not invited.

This is what happened last night for gamers in the UK. The FIFA 17 Web App is live but it is only available to a select number of users.

EA are calling it the FIFA 17 Early Web Start and we can see that players have already been opening packs early to build their teams and get a head-ups before the game launches at the end of the month. 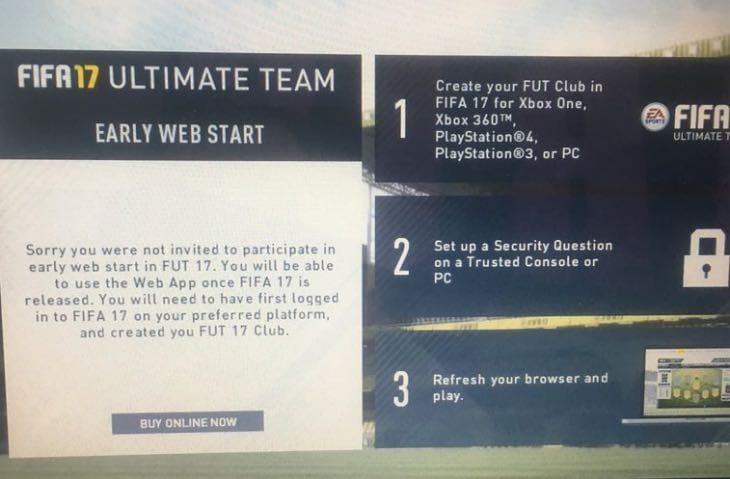 As far as we’re aware, those that managed to get into the FIFA 17 beta have also got into the Web App. It is invite only and obviously this means that a lot of players going to miss out.

EA has said that they will be opening up access gradually, but the screenshot above suggests that most players will need to wait until FIFA 17 is out to use the Web App. 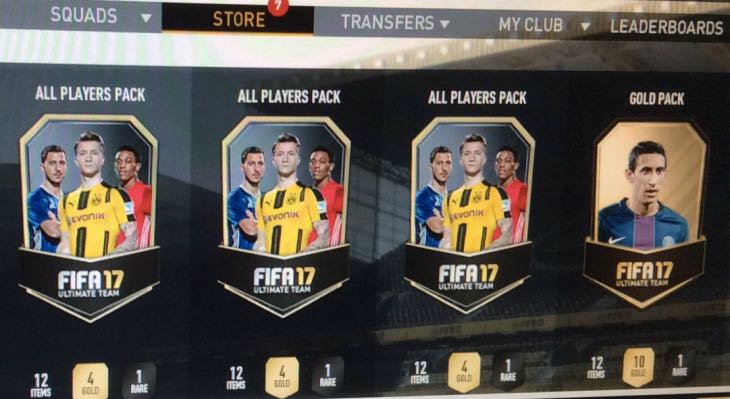 These are the FIFA 17 packs that players are finding on the Web App after logging in. Let us know if you have had an invite, if you are really angry with EA for ignoring you are a loyal player.