We can see that there has been a mystery FIFA 17 update today on Xbox One, which nobody knows what it is for and what has changed compared to the previous update.

As far as we’re aware, this update is only out on Xbox One today and we’re getting several reports that it is roughly between 975-990MB in size – they do vary between regions.

We know that EA updated FIFA 17 on Xbox One with Title Update 2 last week, but this doesn’t look to be Title Update 3 or FIFA 17 1.04 – we track all of the latest FIFA 17 updates here as they arrive. 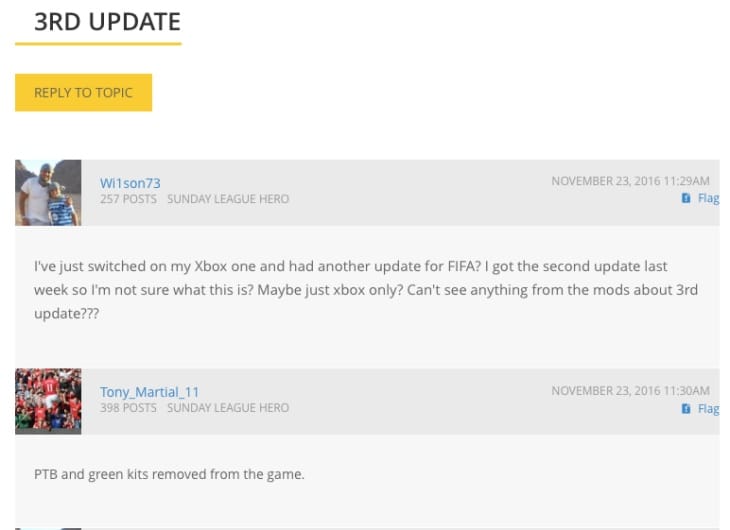 Everyone is waiting for EA to end their silence and let the community know what the FIFA 17 Xbox One patch notes for November 23 are, hopefully we’ll be able to bring you them soon so keep checking back.

Some players believe that it is just a hotfix from EA which will enable other players to access FIFA 17 for free this week, with EA confirming a FIFA 17 free weekend on all platforms between November 24-27.

Keep an eye on the official forums in case they go live there, but for now leave a comment below if you have spotted any major changes yourself which we should know about.