If you missed the massive announcement hours ago, FIFA 17 is officially here with EA deciding that the world should get a teaser ahead of the full reveal which we already told you is coming at E3 2016.

We have the first FIFA 17 trailer below if you want to see it again, but at the same time one of the biggest talking points on social media as been about the FIFA 17 UK cover and the fact that Manchester United star Anthony Martial is on the cover.

It’s no surprise to see that this has been debated, with fans saying that Leicester City should have a player on the cover instead such as Jamie Vardy or Riyad Mahrez. 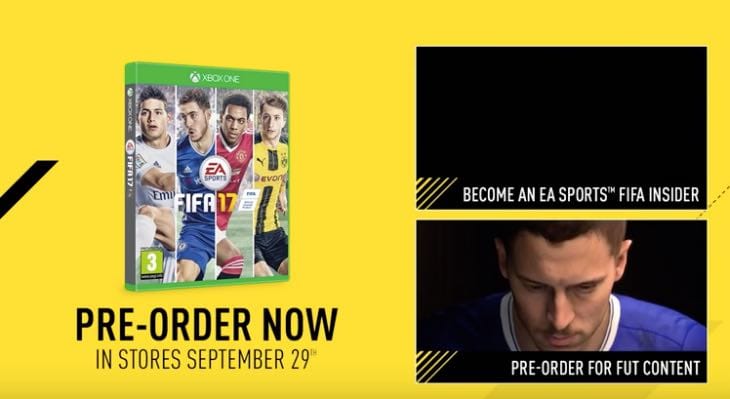 Instead, EA seem to have announced early that the FIFA 17 cover has already been settled globally. Martial and Hazard feature on it, while James Rodriguez and Marco Reus are two other surprising choices.

Do you agree that Vardy and/or Mahrez should have been on the cover, or even Harry Kane due to winning the golden boot? The debate is even more valid after Jordan Henderson was picked to be on the cover of FIFA 15.

Give us your thoughts on this below and let us know who you wanted to see on the cover instead.