Everybody wants to know what the FIFA 17 Team of the Week 5 team is, after EA has unusually kept silent on Twitter at the time when they always give fans a preview.

This week though, they have decided to say nothing leading fans to speculate on whether FIFA 17 Halloween cards are coming as a special treat.

In the meantime, take a look at the confirmed TOTW 5 lineup which will also be live on FIFA Mobile given the two games usually share TOTW events each week. 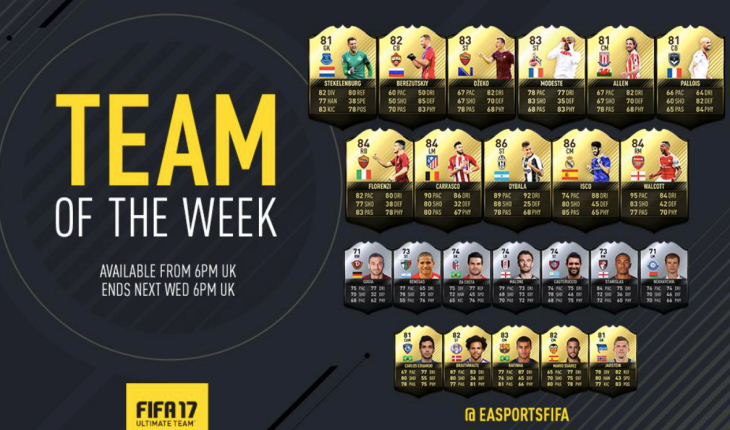 As we mentioned in the predictions article, Joe Allen is one of the main highlights while there’s also a fantastic card up for grabs for the likes of Dybala and Isco too.

Are EA hiding something to do with Halloween as a reason why they didn’t show the TOTW 5 lineup yet? Either way we should find out in the next hour with TOTW 5 due to go live at 6PM UK time.

Let us know what you think below!