We are waiting for TOTW 23 to arrive today on February 22, but it looks like there has been a massive TOTW 23 team leak online and as a result, we could have the full lineup as well as stats in advance early.

It has been a week of FA Cup action, so Premier League players have been omitted from the selection this week. However, all the other major European leagues are unaffected and if this leak is true there are some truly amazing cards to be had. 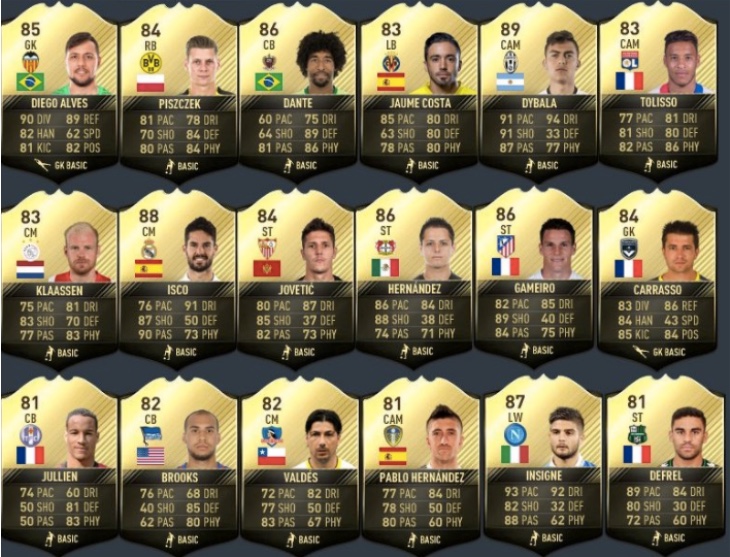 Pick of the bunch is an 89 rated Dybala card, while other ones highlighted are Isco, Dante, Gameiro, Insigne and Hernandez.

Remember that TOTW 23 is released at 6PM UK time today, so we don’t have long to find out. It looks like this leak is going to be real though, so enjoy the early look at the cards and the new stats for players.

Dybala could have 91 Pace, 91 Shooting and 94 Dribble by the end of the day which means that card is going to be extremely expensive on the market.

What are your thoughts on this TOTW 23 team leak, has EA left out any players?