We are just hours away from the next major event in FIFA 17 Ultimate Team. If you haven’t heard this is going to be the new FIFA 17 TOTGS cards, which will award special cards for the players that have had good performances in the Champions League and Europa League.

While EA can’t officially use those tournament names since Konami has the rights, they can do their own event and just call it ‘Team of the Group Stage’.

We saw it for FIFA 16 and now you are going to get new cards for players such as Messi, Cavani, Ozil and much more. 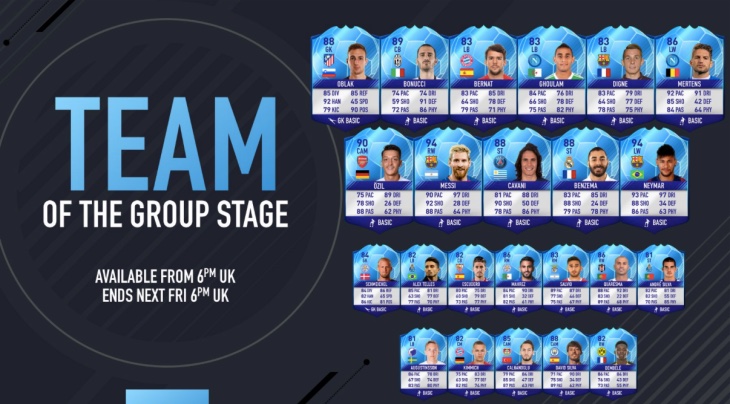 We don’t have a hint on the official team yet, but above is a great FIFA 17 TOTGS prediction thanks to Twitter user MLNXCreative.

Come back at 6PM UK time today and we’ll post the official team here for you. Let us know what you think of the predictions and if you would add any players to the list.

How many coins or FIFA points do you have at the moment to open FIFA 17 TOTGS packs?

Update: The team is confirmed below, some amazing cards to find inside packs – good luck everyone and let us know how you get on!