If you are eager to hear about what stadiums will be in FIFA 17, we have some big news for you. It’s not good news though unfortunately as it looks like one major stadium from FIFA 16, will not be returning for FIFA 17.

That stadium is Camp Nou, as speculation is brewing that Barcelona’s stadium will not be in FIFA 17, due to Konami securing exclusive rights to the stadium for PES 2017.

You can see evidence of this by taking a look at the gorgeous preview screenshot below showing the home of Luis Suarez and Messi as it will look on the PES 2017 game engine. 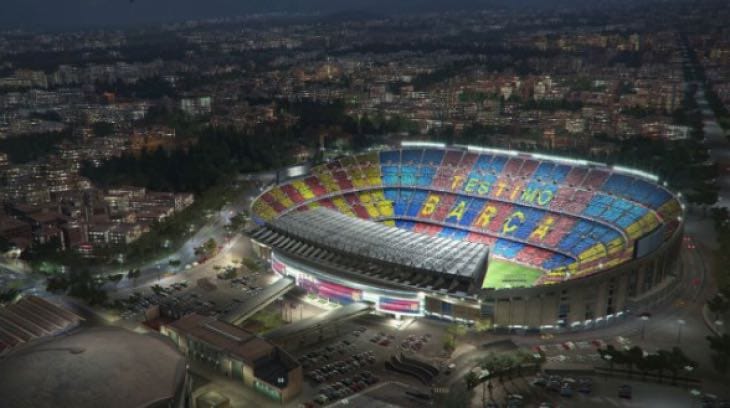 That means for FIFA 17 buyers, Barcelona’s stadium will be named something else and the likeness will differ from the original to which Konami now has the license for, on PES 2017 MyClub.

We’re also hearing that the deal signed will be running for three years – if true, it may mean that the Nou Camp may not be official in a new FIFA game until FIFA 20!

Give us your thoughts on this below – is this a huge blow to you or not?