We can confirm that a new FIFA 17 update for PC has just gone live as of March 16, 2017. However, the update appears to be a complete mystery as EA has not revealed any form of FIFA 17 PC patch notes yet and gamers are naturally wondering what is new in the game.

As far as we are aware, the FIFA 17 PC update is rolling out to everyone and it initially lists the file as a 1.23GB install, only to end up as 841MB as a final download size.

EA has not given gamers any indication beforehand that a new PC update for FIFA 17 was going live today and we can not find any information about the patch on EA’s official forums which is very strange. 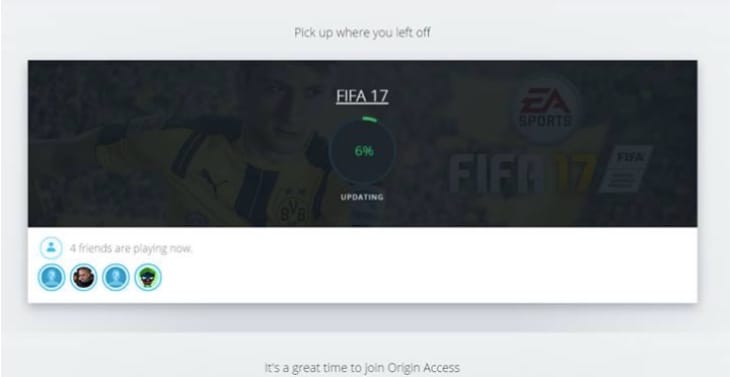 Could the patch have something to do with FIFA 17 Ultimate Team exploit fixes on PC specifically that EA needed to take immediate action with, but don’t want to share the details?

As we continue digging for further information for you, please confirm below if you have also received this FIFA 17 update on PC today.

Check back later for the patch notes.

Update: Patch notes are now live and this is Title Update 7 with some big changes for Ultimate Team. 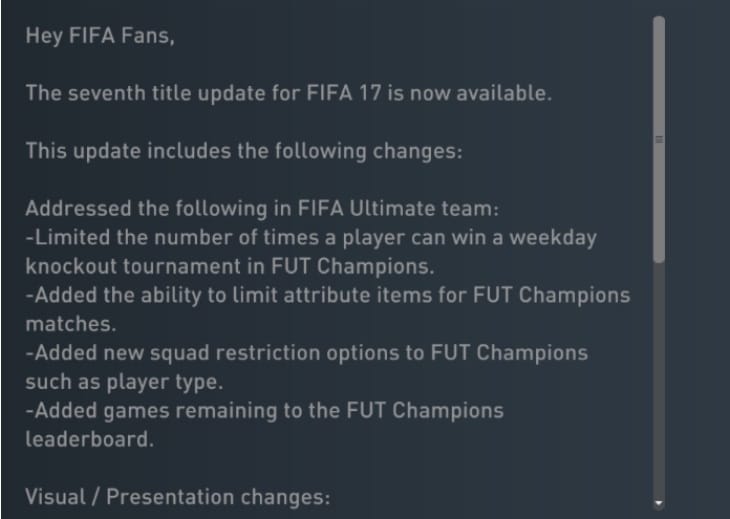 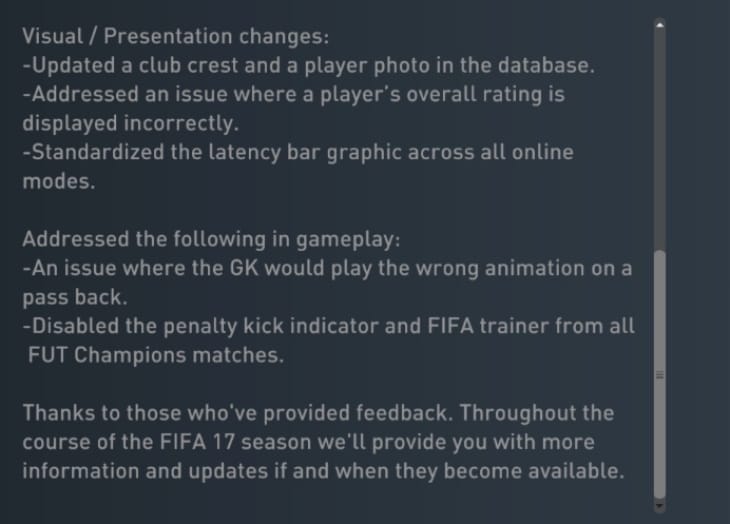 Let us know what you think about the changes in our discussion section.