As the season draws to a climax, fans are starting to get excited about FIFA 17, with EA set to reveal what is next for the series at E3 2016.

Now though, we bring you a delightful teaser in relation to the highly anticipated FIFA 17 Legends list that everyone will be waiting to find out.

It hasn’t been confirmed yet, but Arsenal legend Thierry Henry may have dropped an almighty hint that he is going to be playable as a FIFA 17 legend in the next game. 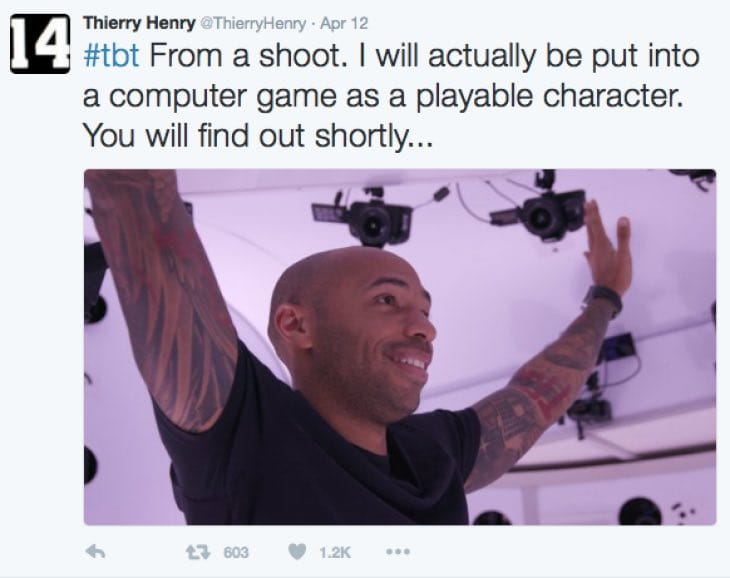 Check out his Tweet hours ago which suggests this to be the case. He says he can’t say which game and obviously it is between FIFA 17 and PES 2017 if we are being logical.

Konami also has MyClub Legends on PES, so it could still be that. Judging by the reaction on social media though, everybody is under the impression that Henry is going to be the first legend confirmed for FIFA 17.

What other legends do you want to see in FIFA 17? We’ve added a video below with some possible candidates, but create your own dream team below and let’s see who has the best list.