We can see that there are problems at the moment with FIFA 17 FUT servers down on April 7. More worryingly though, we can see that scammers on Twitter are wasting no time in trying to trick those who are looking for support from EA’s official channels.

At the time of writing, you may get signed out from Ultimate Team today as EA has confirmed that there are issues on Xbox One which they are currently addressing.

You can see a Tweet from an official page below which confirms this:

@UKGamer4Life We're having issues with Ultimate Team on Xbox One at the moment, apologies for the inconvenience -Claire

Unfortunately, scammers are setting up multiple fake support pages which look similar to the official ones.

They are redirecting users to a dangerous link which we are guessing is litered with ads and spyware that can do harm to your computer and more seriously try to extract your personal details away. 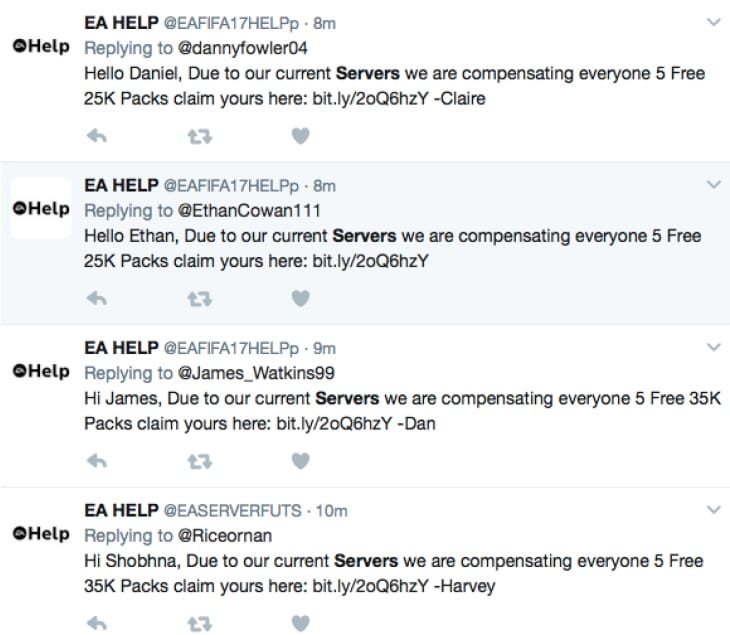 Make sure you are aware of these fake pages and let us know if you are still having problems with FIFA 17 Ultimate Team and the Web App not working on April 7 on Xbox, or PS4 and PC too.