We have some brand new FIFA 17 gameplay to show you now, with EA once again teasing some more of their game ahead of the release date in September.

Now, we get our first look at FIFA 17 free kicks, as EA will be significantly changing the mechanics of how FIFA 17 set pieces work, compared to FIFA 16.

Simply put, you are going to be able to get a lot more variety in terms of what you want to do, thanks to EA allowing players to alter their run up when it comes to taking one.

That means you can run in different directions and put different types of curve on the ball, to surprise your opponent and hopefully score. 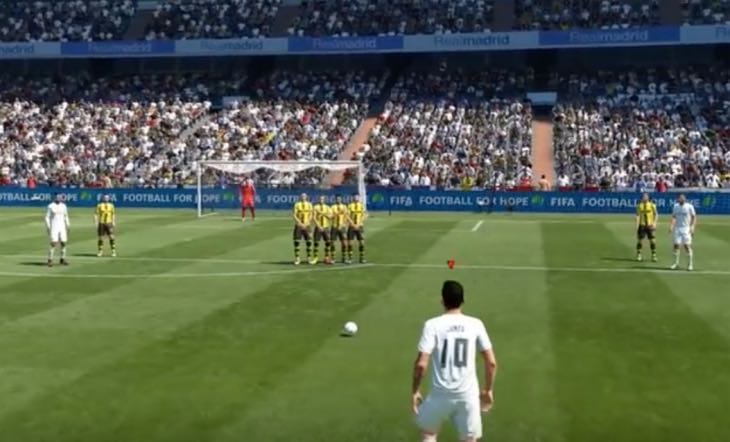 We all know the FIFA 16 free kick system is broken right now with players either scoring every time with minimum effort, not to mention opponents running to the line each time which gets infuriating.

It looks very interesting indeed and we have a feeling that it is going to be a lot more rewarding than the current system in FUT 16.

Watch the gameplay below featuring James Rodriguez who is up for the FIFA 17 cover vote and let us know what you think of the changes.

Is this going to be better than FIFA 16?