One player that fans are really looking forward to hearing about in relation to FIFA 17 player ratings, is Juventus star Paulo Dybala. He is easily one of the best cheap players to buy on FIFA 16 and everyone wants to know what Dybala’s FIFA 17 rating will be.

He was a 79 rating on FIFA 16 and according to rumors on social media it looks like an 84 is the rating everyone wants to see for FIFA 17.

EA hasn’t confirmed the official FIFA 17 Dybala rating yet, but we can definitely say that he will be in the 80’s with a massive upgrade on the way – remember that this is a player who earned himself a 91 TOTS card, so it is happening for sure. 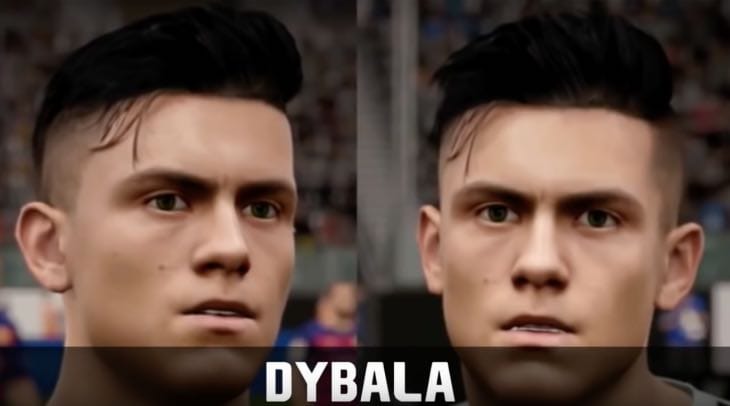 Elsewhere, we also see this image circulating on social media, showing Dybala’s potential FIFA 17 face. Again it is not official yet so we can’t say for sure how accurate it is.

This face hasn’t appeared in any FIFA 17 trailers or leaked gameplay so we’re not sure were it came from or if it has just been created from mods and passed off as FIFA 17 material.

Either way, an 84 rating along with that face above sounds perfectly fine to us. What do you think of Dybala’s rating in FIFA 17? Have your say below and let the predictions start.

Will he be the first player you buy for FIFA 17 Ultimate Team?