We have just told you about the expected FIFA 17 demo release time for those in the UK, but the real discussion it seems is about how to get the FIFA 17 demo download early and it looks like New Zealand is the answer.

We’ve just had a look on Twitter and we can see that players are in a desperate sprint right now to create a PSN account for New Zealand, in order to get the demo early at 1PM UK time today on September 12.

That’s because 1PM here is midnight in New Zealand and it is now widely believed that the demo is going to be appearing on the PS Store between midnight and 1am. 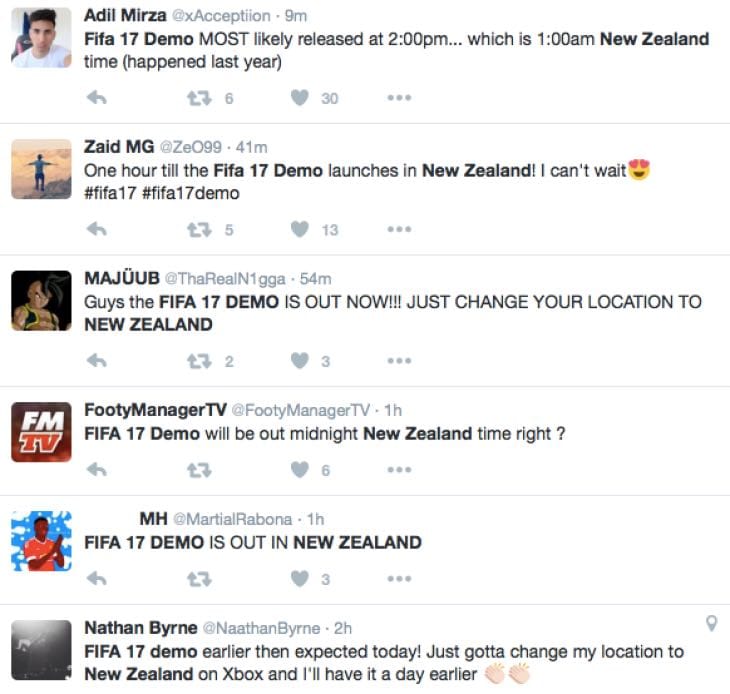 If those those on PS4 will need to get a New Zealand PSN account, while those on Xbox can switch location to New Zealand in the hope that this method works.

We can’t say for sure whether Sony and Microsoft will allow it, but given that this is what everyone did last year you may as well give it a try.

Let us know if this works for you, so other FIFA fans know that they can play the demo early. We’ll update this article if we have any other useful information for you regarding an early release.