We can see that there is a lot of desperation going on right now, with FIFA fans frantically trying to get hold of FIFA 17 closed beta codes on PS4 and Xbox One – by any means possible.

Now we give you an idea of the lengths that some are going to do get a code and also by those who have wasted no time in trying to sell FIFA 17 closed beta codes to make a quick buck.

Check out some of the live results that are coming in on Twitter by the hour, with accounts being set up purely for financial benefit and to expose the flaw in EA’s system where fair players are being left out of the beta. 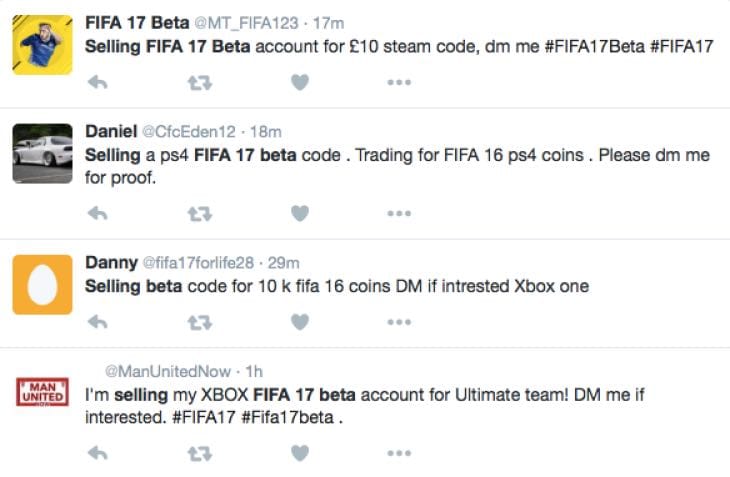 EA should really have a better way of identifying who should get into the beta based on FUT 16 activity and who just wants to get in to make money.

What are your thoughts about this, how badly did you want to get into the beta only to see others selling codes?

In some instances, we can see sellers offering codes for up to £50 – would you pay this amount to get in?