We have just seen EA make a recent announcement about FIFA 17 having Brazilian leagues in the game, but now with just three weeks to go till launch we are running out of time to have the Chinese Super League in FIFA 17 also.

We’d even say that there is a fair argument that players may want to have the Chinese Super League in the game ahead of the Brazilian league, but let’s hope that EA can still make the surprise happen before the end of September.

If they don’t, it means that players will miss out on big names such as Hulk, Pelle, Ramires, Renato Augusto, Alex Teixeira, Guarin and Jackson Martinez in Ultimate Team.

We have a feeling that EA is going to announce more leagues before launch, but we’re not sure if it’s going to be the Chinese Super League. 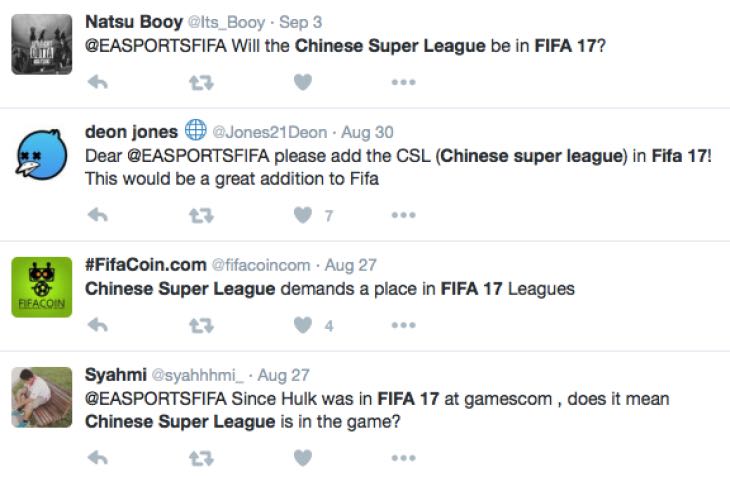 You can see some of the recent feedback from social media over the last few days with players really hoping to see this league added.

It is a big request from the FIFA community, so if you want EA to put the Chinese Super League in FIFA 17 leave a comment below.