FIFA 16 is now official and as EA teased 24 hours ago, the big news is that for the first time in the franchise’s history, there is going to be women’s teams in FIFA 16.

We have been taking a look at some of the feedback seen so far on Twitter for a women’s mode and we can see that there’s a lot of gamers wondering what this means in terms of a FIFA 16 Women Ultimate Team mode.

So far, EA hasn’t confirmed whether the involvement of women in the game means that they are going to be implemented into all main game modes – specifically a FIFA 16 women career mode and Ultimate Team. 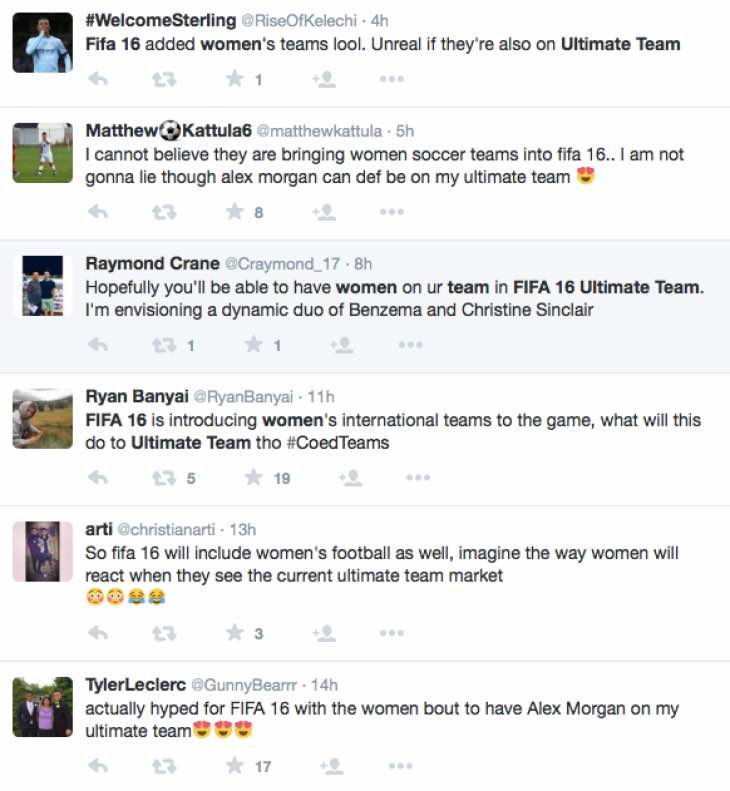 The rumors going around suggest that there will not be a Ultimate Team for women in FIFA 16. Nor will there be any men vs women teams or cross-gender men and women teams in the game either.

As you can see from some of the remarks though, this is creating quite a debate and specifically many men would be happy having a Alex Morgan FIFA 16 Ultimate Team card in the game.

Who knows, if EA see demand for it they may be forced to add an Ultimate Team for women in the game later down the line – it would be nice to see it happen to be honest.

What are your thoughts on FIFA 16 Ultimate Team with both men and women? Would you support the idea if it happened, now that we know women’s teams are definitely coming to the game first?