There are a lot of standout candidates for Serie A too, most of you will probably guess who they are as they are pretty much no brainers.

These include the likes of Napoli hitman Higuain who has already managed to get a whopping three in-form cards bringing him up to an overall rating of 87. 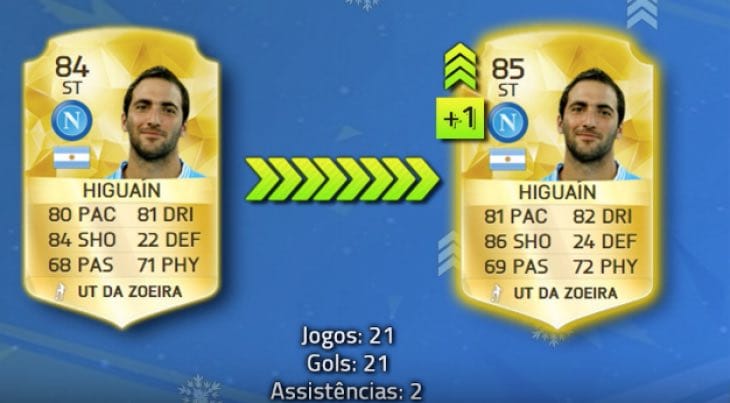 Other players that are likely to be given the upgrade treatment is Roma player Pjanic, Juventus striker Dybala, defender Bonaventura and Inter Milan keeper Handanovic who has already received two in-form cards making him another certainty.

Remember that if you already have in-form cards for these players, the in-form cards will get an upgrade too which is why you should definitely consider investing on the transfer market before the Winter Upgrades are officially unveiled.

Higuain is the big one though and he is currently going for under 5,000 coins, so you may want to buy now and sell for a profit later – especially if he goes up to 86.

What would be your personal Serie A upgrade picks for FIFA 16 – any players that you would add to this list? Find out when the FIFA 16 Winter upgrade release date is here.