We are now pleased to see that EA has already transferred a bulk of the real life deadline day transfers into FIFA 16 Ultimate Team, in a matter of hours.

As of February 1, 2016 the developer has now provided an updated FIFA 16 Winter transfer list and we have included all of the names below that have been moved over to their new clubs. 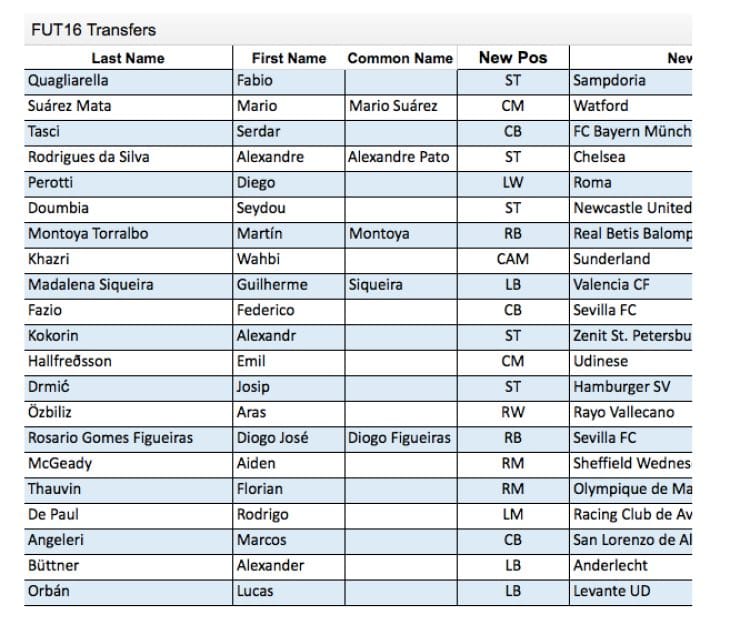 They include the likes of Seydou Doumbia to Newcastle, Pato to Chelsea, Aiden McGeady to Sheffield Wednesday and Serdar Tasci to Bayern Munich.

We are still waiting for the transfer of Giannelli Imbula to Stoke, but as we told you in a separate article this should be going live at some point on Tuesday February 2.

Let us know if your favorite player has just moved club, or if EA has missed out on some transfers that you are still waiting to see in the game.

Remember that if the player is in the list above, they are already live in packs for their new club so you may want to start spending those coins.