We can see that there are currently problems with FIFA 16 today with the Web App down and not working on June 27, 2016. We’ve tested this ourselves and can confirm that for some reason the FIFA 16 Ultimate Team Web App isn’t loading.

When you try to access the app on Safari or Chrome, you’ll get a message similar to the one below which says that EA servers are temporarily down and that EA are trying to make things better. 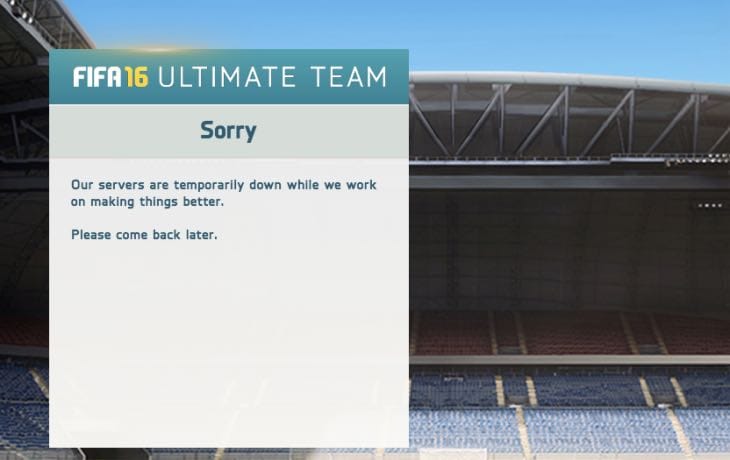 We’ve also been getting reports that FIFA 16 servers are also having problems today with Ultimate Team matches lagging and players getting kicked out of game resulting in a DNF status and a loss of coins.

The strange thing is that EA has not Tweeted about FIFA 16 server maintenance today, which they usually always would if they were planning to fix anything.

Leave us a comment if you are having issues with the game today, so we know how widespread it is. Is the Web App not working for you too, in your area?