The new FIFA 16 update is now available for PS4 and PC players and will shortly become available on Xbox One too. Following installation though, some players have said that the game feels different compared to the previous version and offers a noticeable change with faster gameplay.

While faster gameplay may seem like a positive to some, we have seen that some forum users are saying that the game is ‘now unrealistic’ – which we’re yet to test out for ourselves fully.

A discussion is now underway after the FIFA 16 1.02 update and it will be interesting to see if EA really has altered the gameplay experience in a major way. 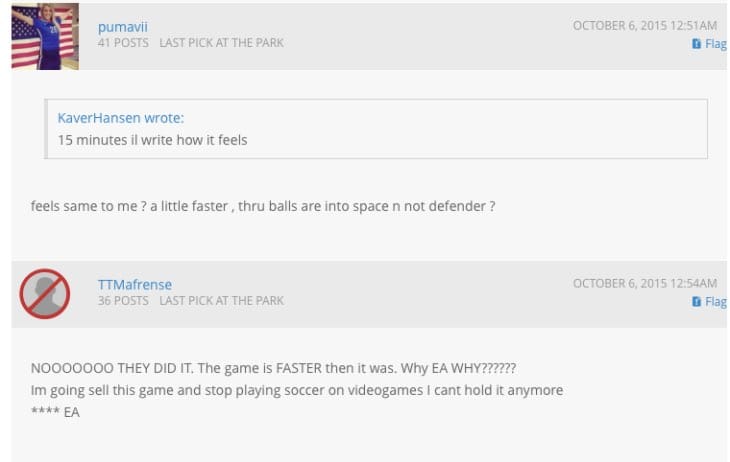 Remember you can read through the FIFA 16 1.02 patch notes again on PS4 and PC if you missed them earlier this week. There are changes to both standard game modes, as well as specific fixes for Ultimate Team – such as fixing a transfer re-list issue.

It’s also worth noting that the same update isn’t out for Xbox One users yet, nor is it out on last-gen versions so this could be a heads-up that your gameplay experience is about to change.

If you have been playing on 1.02 for a few hours after the update, give us your experiences below. Is gameplay better or worse for you?