FIFA 16 fans are going crazy at the moment, trying to get the likes of TOTY Neymar, Ronaldo and Messi in a pack. Now we have the first evidence of one player getting a FIFA 16 TOTY Messi in a pack, on a live TOTY pack opening on YouTube.

If you haven’t heard, this 99 Messi card for FIFA 16 is the new holy grail of Ultimate Team. TOTY Messi has a 99-rated overall card, with 99 for dribbling, 99 for pace, 98 for shooting and 97 for passing.

This card is selling for well over 3,000,000 coins so if you do get one you are basically hitting the jackpot and can build any squad you want for the entirety of the season until FIFA 17 is out. 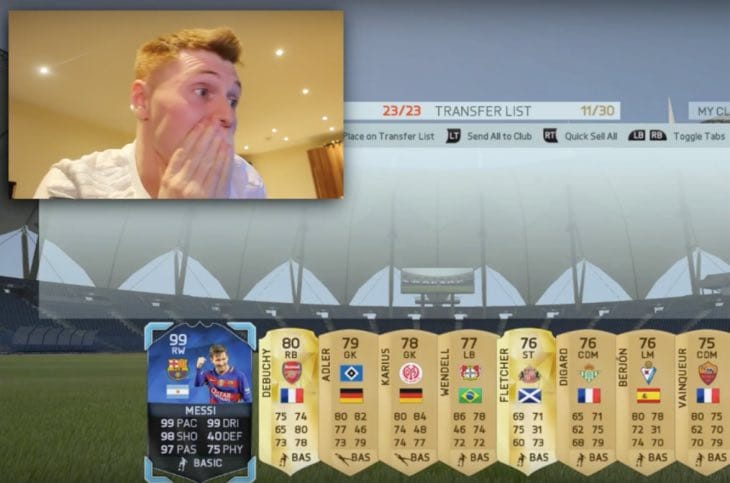 YouTuber CapgunTom appears to have had the best luck out of anyone in terms of pulling out the blue cards and now you can see his live reaction when getting TOTY Messi in a pack – incredible stuff.

As far as we’re aware, this is the first video with evidence of getting the best card in the entire game. What do you think about this kind of luck though – does it make you sick or hopeful that you can get the same luck with your packs?

You still have to be incredibly lucky to get any TOTY card, let alone Messi so check out the video below and let us know what you think.