We wanted to give all FIFA 16 players a heads-up to say that the FIFA 16 TOTY Market Crash release time is coming very soon.

Everyone wants to know when TOTY is released for FIFA 16, but we already told you that it should be on Monday January 11 starting with the Goalkeeper and Defenders.

Many players are offering up their personal FIFA 16 TOTY Market Crash prediction to say that it will be happening towards the end of this week and over the weekend just before the blue TOTY cards are announced. 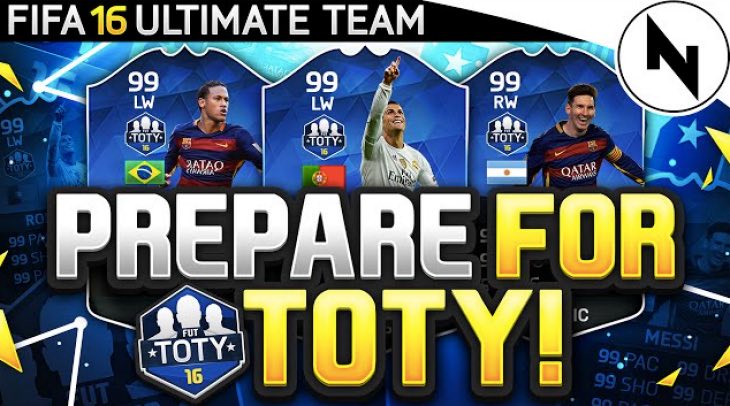 We have a very useful video for you to watch now, from YouTuber Nepenthez who offers up his own FIFA 16 TOTY Market Crash advice.

You’ll be able to get the lowdown on how the Market Crash works in the game, when it is likely to happen and how to earn coins in FIFA 16 fast before those blue cards start appearing on the market next week.

What players are you waiting to buy in the Market Crash and which players do you recommend to sell to generate a profit for when prices increase after TOTY is out?