It’s that time again as we are now just hours away from EA revealing another exciting list for TOTW 8 for FUT 16. As usual we have a confirmed FIFA 16 TOTW 8 UK release time for those that need it and also a look at the likely TOTW 8 predictions as well.

We spoke earlier in the week on how Liverpool’s Philippe Coutinho is a star candidate for selection this week after scoring two goals in a recent victory over Chelsea FC.

Now we can bring you more insight though with other players likely to be included, thanks to the TOTW 8 predictions from Futhead which have now been finalized. 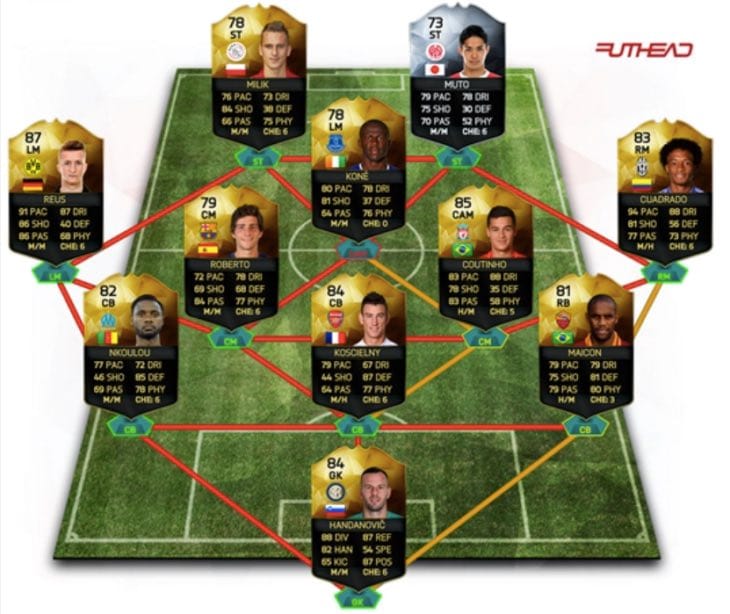 They include a high rated card for Marco Reus with an 87, which if true will make him the best player to aim for this week. There’s also Cuadrado, Arouna Kone, Laurent Koscielny and veteran defender Maicon.

We hope you saved some coins after going for Suarez last week, as Coutinho is going to sell for a lot if he is selected – 300-500,000 is a safe bet on our guesses.

For those that want to know when FIFA 16 TOTW 8 is out for the UK, it will be at 6PM UK time with the lineup first teased at 3PM earlier in the afternoon.

Stay tuned for the official reveal and let us know your thoughts on the predictions this week – would you change any? If so, who?

Update: We now have the confirmed list from EA. As expected, Coutinho and Reus get lovely new cards while there are also two new hero cards to consider as well – nice lineup! 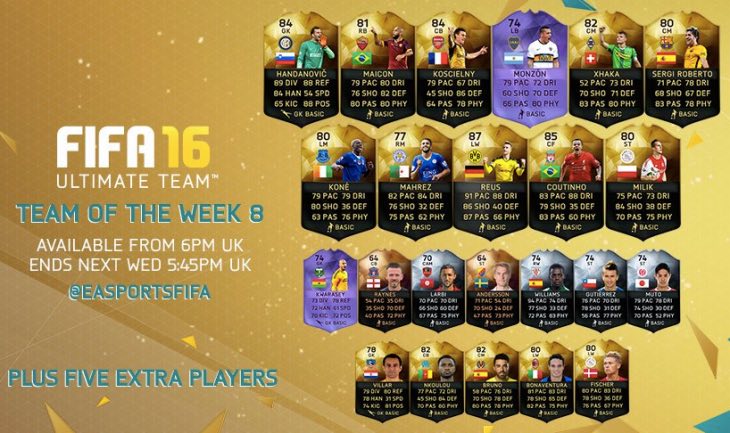