We are again closing in on the next Team of the Week for FIFA 16 Ultimate Team. As usual, we bring you a reminder of the FIFA 16 TOTW 7 release time for UK and also look at the likely TOTW 7 predictions.

There are some easy picks this week after some standout performances throughout Europe. Pick of the bunch is an inform card for Barcelona star Luis Suarez who scored a hatrick over the weekend making him a prime candidate for selection.

The same applies to Tottenham FC striker Harry Kane who also bounced back with a hatrick. Other FIFA 16 Team of the Week 7 predictions include Aubameyang, Hulk, Felipe Anderson and Man City defender Otamendi. 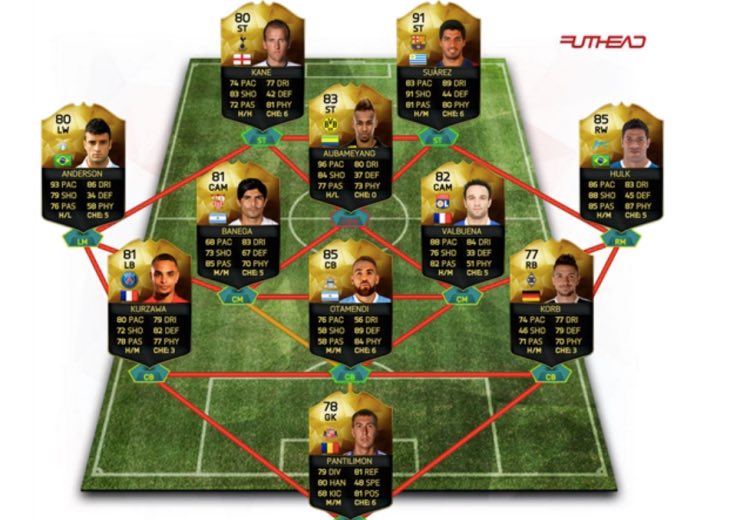 Make a note that the Team of the Week 7 is out at 6pm UK time on Wednesday October 28. That means you have until 5.45pm on that day to get any in-forms from the previous week – hero Wijnaldum included.

Let us know your thoughts on the predictions above thanks to FUTHead who have supplied the lineup. Do you think any of the team above is incorrect or spot on?

Update: EA has teased the first three players of TOTW 7. Suarez, Harry Kane and Aubameyang all included as predicted! 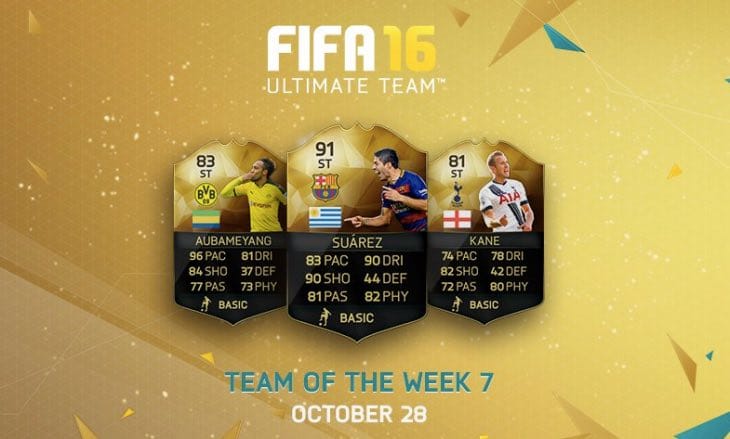